Certainly,within us, the harmonica has been way familiar. We can name a lot of brands and types , with each having unique features…but there is one that seems to be forgotten.

“The Mini Harmonica” – A symbol of soul and the miracles in life. 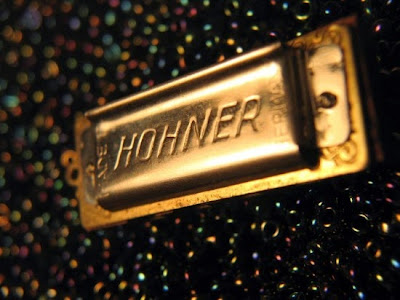 At the end of the 19th century, in the small German town of Trossingen, Christian Messner and his cousin Christian Weiss began producing harmonicas and had certain successes. A few years later, a neighbor watchmaker, Matthias Hohner, visited Messner-Weiss’s factory and learned how to make harmonicas. After that, he established his own factory, Hohner. 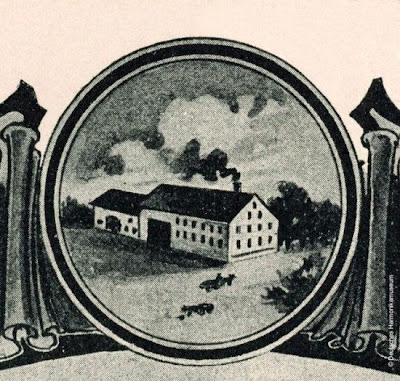 On a beautiful day, Messner play harmonica on a street of Trossingen. It was a bustling place. There were many people who were watching the puppet and magic show. There was also a speech-impaired girl who was listening to his performance intently. She was depressed and always shunned the surrounding people, bringing with herself the feelings of self-deprecation.

That year, her classmates got to rehearse a traditional German song, which would be performed in the neighbor town in a night festival three months later. She was the only person who was not allowed to attend. She was very sad.

But on The next days, she still came and waited to listen to Messner’s melodies until sunset.

but…he did not come. 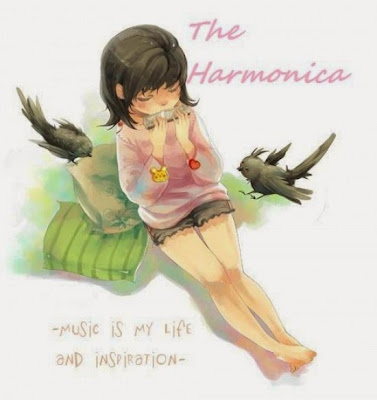 As the weeks passed, she still sat there and listened. The image of her was so special that he forgot everything, playing the best music he could, as if he had been an  dedicated to a young lady. He felt from the look in her eyes that she wanted to say something. That girl was also wishing  she could have been able to play the melodies like the way he did.

Messner wanted to make her a meaningful gift – a tiny harp with 4 holes, small as a malt candy and hung through a small rope. It was a gift he made for her, a special audience,  by himself.

And he put it on her neck the day met again.

Messner did not know her name, nor did he want to ask. He just the tiny words “Little Lady” , not “Little Girl.” He wanted to see her as a “Little Lady”wishing her to believe in herself, like a mature, brave and talented girl.

She was very grateful. She always wore that mini and practiced enthusiastically whenever and wherever she could. She could never do without it. Although she could not say thank you, she always listened to his remarks with friendly nods and smiles, a far cry from the girl who had always been shy and lifeless.

Three months after the night  show, the whole fair was curious and excited about a little girl wearing a garland and a strange necklace and playing to her peers’ voice in admiration. Many people came to record this story. 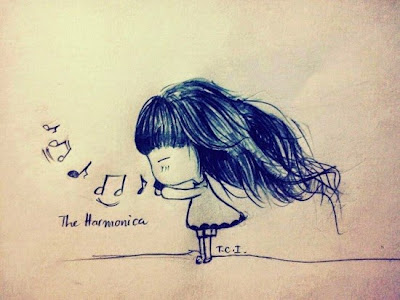 That story about the will to live and overcome oneself received readers’ love when it was   published on magazines.

1924, Hohner – now the famous Hohner musical instrument manufacturer, introduced  the mini harmonica model “Little Lady” (the inspired by Messner’s story). With the length of 3.5 cm, it is the smallest commercial harmonica model. It has stainless steel cover plates, designed to have enough notes in an octave, you can play many complete pieces with this harmonica. 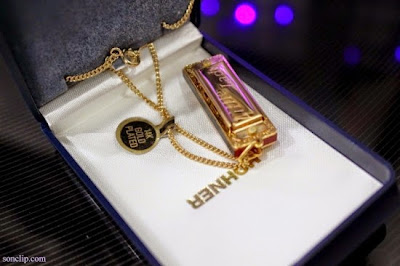 In 1930, in the United States, Hohner introduced and sold Little Lady Gold, which was a combination of a 14-carat gold-plated mini Harmonica and a necklace. It was very suitable to be a gift for women and they can use it as jewelry, keychand and other similar things (and of course the price was very, very expensive as well!). 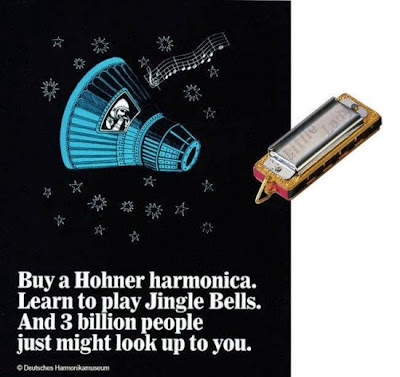 In December 1956, one “Little Lady” was taken into space by the two astronauts Walter “Wally” Schirra and Tom Stafford on their Gemini 6 mission to test the assembly and movement of the spacecraft.

About five hours after successful maneuvers and examinations, they played Jingle Bells. They swungng to the melodies, pretending to be a UFO and Santa Claus  blowing fun melodies in the broad space to over 3 billion audienes. Since then the story of Little Lady has become widely known.

After the mission, Schirra gave it to another astronaut, Smithsonian, who checked the harmonica and realized that it was still quite good. The Smithsonian gave it to the National Air and Space Museum in 1967, and Little Lady will forever be known as first instrument  to be played in space. 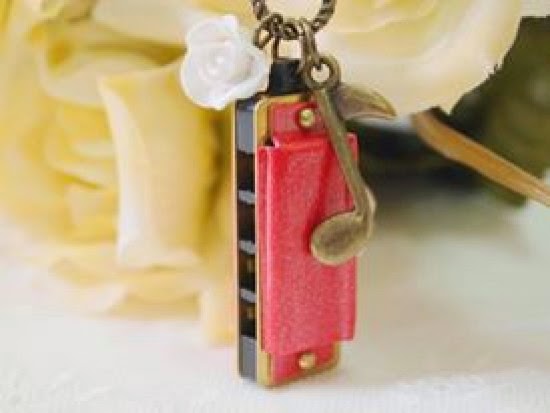 Since the 65-70s, the mini harmonica has been sold anywhere, from the jewelry stores where it was tailor-made to add value to bookstores, souvenir shops and places that are not related to music, as the presents.

Every time a mini harmonica is given, it is not merely a sound generator, it is also a source of encouragement, emotion and feeling from the giver. The receiver is expected to be bold and successful in life!  materially, it is not an expensive thing, but it is priceless thanks to the heart of the giver. The giver also hopes that harp will give receiver all the joys and wonders of life.

And sometimes when someone receives a harmonica, maybe he does not know how to play. but when there are troubles , one can play some melodies. It also brings us a peace of mind.

That’s why people often give each other a mini harmonica, even if they don’t play  because it was the smallest instrument that can be carried everywhere. it can bring the pleasant sounds to help us get away from it all. 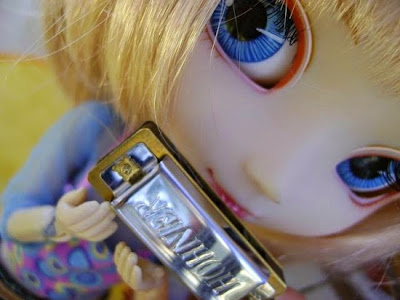 I have also given four mini harmonicas to my loved ones. Three of them like to wear them, just like what I wanted them to . A mini harmonica is not solely a jewelry or toy.

Mini Harmonica is also a conveyor of people’s emotions and soulsAnd you, Do you want to receive a mini harmonica from me?

Bend And Over Bend – Two Featured Techniques Of Diatonic

Offline The Harmonica community – CAN THO